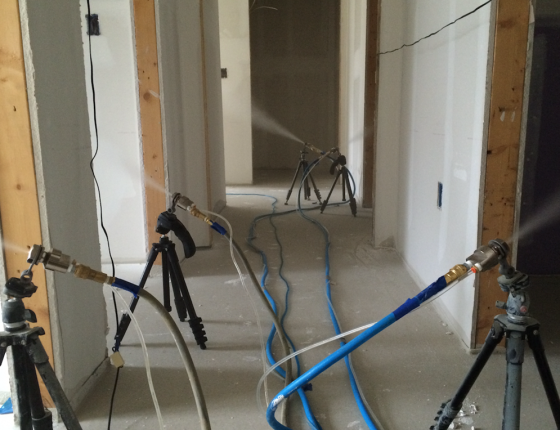 In many parts of the U.S. building envelopes are notoriously leaky with unintended flows between conditioned and unconditioned spaces that result in additional space heating and cooling. While voluntary codes and standards for envelope tightness have existed for decades, only recently have these codes become a requirement. Current state-of-the-art envelope air sealing methods are manual and can produce highly variable results with limited opportunity for feedback on air sealing effectiveness, causing difficult and expensive remedial sealing at later stages of construction.

The aerosol sealing technology developed by the Western Cooling Efficiency Center (WCEC) at UC Davis is an automated method that is capable of meeting and exceeding high-performance standards for building envelopes. The process involves pressurizing the building while applying an aerosol sealant “fog” to the building interior. As air escapes the building through leaks in the envelope, the sealant particles are carried to the leaks where they impact and stick, sealing the leaks. The system displays real-time feedback and a permanent record of the sealing. Thus, the technology is capable of simultaneously measuring, locating, and sealing leaks, significantly improving quality control and reducing labor costs.

This project will provide significant research needed to successfully integrate aerosol envelope sealing into standard home construction practices and reduce the cost compared to less-effective, conventional sealing methods. Previous field research has shown that the aerosol technology is capable of a more consistent sealing performance and improved air tightness in an economic manner, reducing energy use from heating and preventing moisture issues within the building. 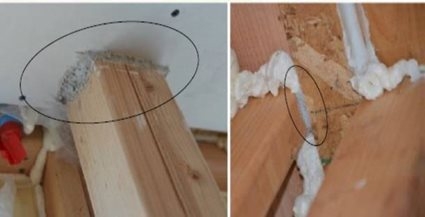 As air escapes the building through leaks in the envelope, the sealant particles are carried to the leaks where they impact and stick, sealing the leaks. 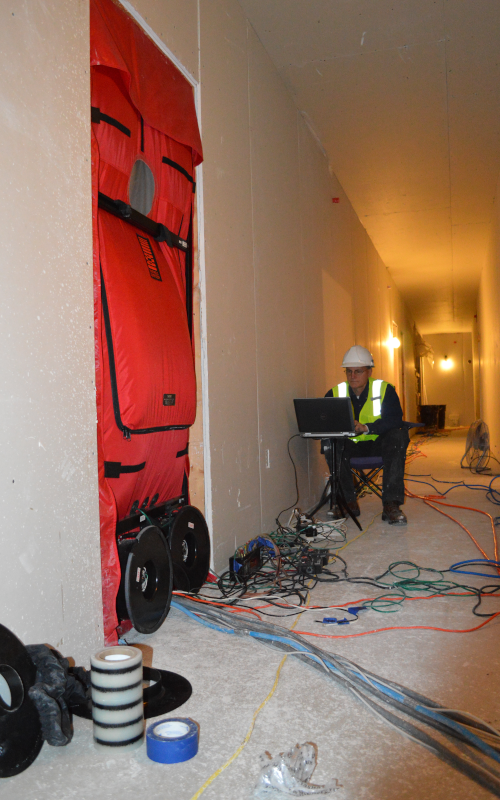 Researcher is monitoring the Aeroseal process.

The project team will use an iterative approach and work directly with builders to identify the best stages for incorporating aerosol sealing, from the perspectives of cost, performance, and seamless integration into the construction process. The cost of the aerosol sealing and resulting house tightness will be documented for a sample of houses and compared to a similar group of houses using conventional sealing methods. In addition to producing tighter houses, conventional sealing methods will be evaluated to determine whether they can be eliminated or reduced to further improve cost effectiveness. Based on this research, the team will communicate successful strategies and best practices to contractors and builders to easily integrate the aerosol technology into standard construction practices.

The team will work with two Minnesota and two California builders to conduct aerosol sealing of at least 26 houses.