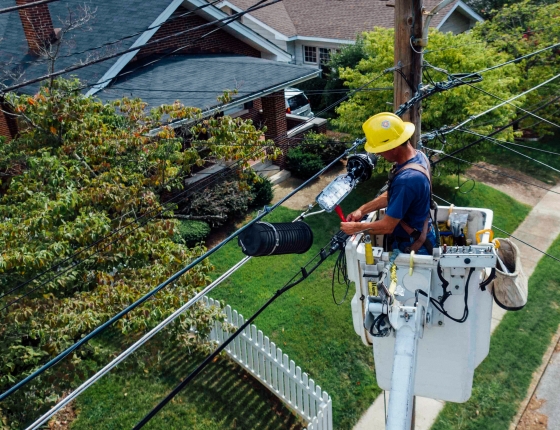 Minnesota's regular legislative session ended on May 18 with the biggest clean energy win since 2013, strengthening our most successful energy policy in state history. After six years of hard work and deep bipartisan collaboration, the Energy Conservation and Optimization Act (known as "ECO") was approved in both houses and will now be signed into law.

As designed, ECO will protect all the end-use energy efficiency work of the Conservation Improvement Program (CIP) that has already saved Minnesotans $6 billion over the years. Building on CIP's successes, ECO now adds opportunities to leverage energy demand as a more active and significant part of our state's clean energy transition, opening doors to a greater range of fuel choices and more opportunities to benefit from energy use timed to align with periods of lower demand on our energy grid.

My CEE colleagues and I started working on the bill that became ECO right after the close of the 2015 legislative session. During that session, the House passed a bill that would have repealed the Conservation Improvement Program in 2016. This would have given stakeholders just 12 months to agree on a replacement policy or lose CIP altogether. Although we were able to stop that 2015 proposal from becoming law, it served as a tremendous wake up call. We knew we needed to reconnect key stakeholders to the benefits of energy efficiency. We also needed to develop general agreement about how best to approach CIP reform, including specifics in the bill that eventually became ECO.

From start to finish, this process took a tremendous amount of time and effort — and along the way, our coalition of supporters grew. In developing the bill, we painstakingly layered each stakeholder's "gotta-haves" in alignment with everyone else's. In the end, ECO represents a highest common denominator agreement among our broad and diverse coalition, rather than a lowest common denominator that is usually the case in legislative negotiations.

As we work to get the rest of our legislative priorities across the finish line (see below for the list), we're encouraged by promising new pathways the ECO Act opens toward Minnesota's clean energy future.

Under ECO, the same types of customer programs Minnesota has used so successfully to encourage efficiency can now be applied to a broader suite of customer choices. ECO will build and expand on the successes of CIP  to reduce energy customers' bills, lower greenhouse gas emissions, add new jobs that can’t be outsourced, and overall foster economic prosperity by driving innovation in both programming and efficient technologies.

Among our many partners in this effort, we are particularly grateful for the contributions of Jessica Burdette, manager of energy regulation and planning at the Minnesota Department of Commerce. To every conversation and consideration, Jessica afforded a deep understanding of the mechanics and the policies underlying CIP, as well as her earned trust across the ECO coalition. Also Megan Verdeja at Commerce — her calm wisdom and guidance was critical to landing this plane!

We also give a huge amount of credit to the bills' chief authors, Sen. Jason Rarick (R) and Rep. Zack Stephenson (D) — their leadership on this bill never wavered. Key allies in this work included Conservation Minnesota, Fresh Energy, the Citizens Utility Board of Minnesota, Clean Energy Economy Minnesota, the Electrical Association, Xcel Energy, Minnesota Power, CenterPoint Energy, and others. And finally, this bill would not have been possible without the early and sustained partnership with our friends at the Minnesota Rural Electric Association and the Minnesota Municipal Utilities Association, and their member utilities.

This was a big complicated bill challenged by lots of political headwinds in a particularly volatile year. Working with legislative leadership, our coalition navigated the headwinds exceptionally well. And throughout, we were fortunate to be guided by the vision of Governor Walz, making this bill a priority this biennium and helping to keep its goals in the forefront of our minds.

In addition to the partners noted above, there are a number of unsung heroes in this ECO story that stretches back more than six years. From utilities to clean energy advocates, community leaders, and more, we value you all and deeply appreciate your contributions. It is fitting that ECO's passage reflects so many Minnesotan faces, because its impact will benefit people throughout our state for many years to come.

A victory for energy consumers statewide, this remarkable bill is now on its way to the Governor for his signature. CEE was well positioned with unique capacity and field breadth to lead this effort, and I'm delighted and proud to see my colleagues' fingerprints all over the successful legislation: