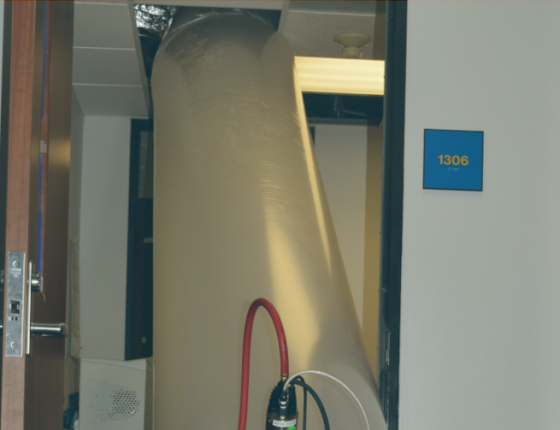 This project characterized duct leakage in several types of Minnesota C&I buildings, completed retrofit duct sealing on a subset of C&I duct systems, and estimated the energy savings and cost effectiveness of retrofit sealing measures. The project then analyzed the results to develop screening criteria that displace cost-prohibitive leakage measurements and tested the criteria in a short pilot program to identify cost-effective duct sealing opportunities.

Duct Leakage
Duct leakage for C&I ductwork systems was one-half to two-thirds less than anticipated, between 0% and 29% of measured flow rates

Duct Sealing
Retrofit duct sealing was successful in 75% of systems using both traditional and Aeroseal methods, and an average of 81% leakage was sealed and the median sealing rate was 86%. The Aeroseal method was especially effective, often reducing leakage effectively to zero in a variety of scenarios.

Energy & Cost Savings from Duct Sealing
In most sealed systems, 64% of energy saved was from heating (natural gas), 29% was from fan energy (electrical), and 6% was from cooling (electrical). The largest portion of cost savings come from reduced fan energy due to the higher cost of electricity. For a typical system, 66% to 75% of cost savings are from reduced electricity, and 25% to 33% of cost savings are from heating (natural gas). Simple payback periods range from 5 years to 142 years, with an average payback of 31 years and a median payback of 17 years.

Pilot Results
Screening potential systems according to simple criteria in lieu of measuring duct leakage reduced the average payback from 31 years to 15 years for the original 20 systems, and by 7 years when used as the basis of system selection in the pilot program.

Duct leakage in existing buildings has emerged as a new opportunity. Project results suggest that about 10% to 15% of C&I buildings have leakage rates high enough to justify retrofit duct sealing work with moderate to good payback of 7 years or less. The following are potential utility program opportunities: