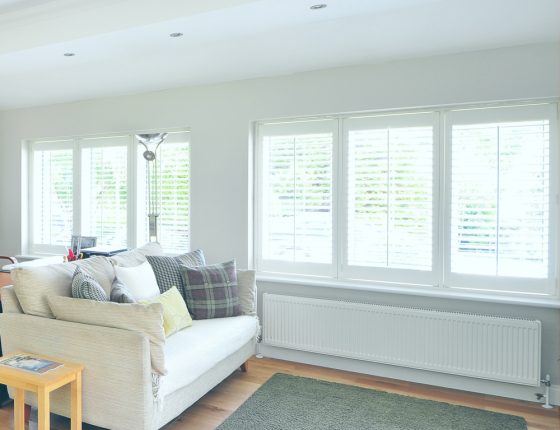 Climate specific energy modeling was used to simulate the energy impact of the five retrofits on residential houses and sixteen different types of commercial buildings. The climates of both southern and northern Minnesota were modeled separately.

Both types of window panels saved energy in all building types, due to the extra air space added to the window assembly. In residential houses, low-e panels reduced heating and cooling energy use by an average of 14%, while clear panels averaged 11% savings.

The films produced smaller and more variable savings. The moderate solar heat gain (SHGC) film saved 5% of the heating and cooling energy. On the other hand, while the low SHGC film saved more on summer cooling, it actually increased the winter heating needs compared to windows with no retrofit. In addition, window film savings depend on the direction the windows face. These results indicate that it does not always make sense to put films on every window.

The best paybacks are in residential homes because of do-it-yourself installation. Fuel source also affects payback, with higher priced fuels such as electric resistance heat, propane and fuel oil, having much faster paybacks than natural gas. Climate also has a big impact on the overall savings with colder Minnesota climates showing higher savings. In Duluth, energy savings for houses are about 27% higher than in Minneapolis-St Paul.

Self-installation reduces the cost, but is not available with all products. The cost of retrofits is about a fourth of the cost of replacement windows, so they are a good short term option for homeowners wishing to save energy and improve comfort while deferring the cost and inconvenience of window replacement.

(A typical residential window is between 10 and 15 square feet)

Contrary to some literature claims, we did not find any examples where the simple payback was three years or less. The impact of retrofits in commercial buildings is more variable than in residential houses because of the impact of building use and construction characteristics. For this reason it is not possible to prescribe a simple energy saving solution that works for all commercial buildings. While most building types will save energy savings with at least one of the retrofits, at current energy prices the payback for commercial buildings are often over 20 years.