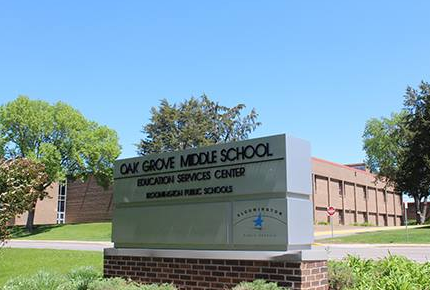 Oak Grove Middle School hired CEE to reduce the school’s energy consumption because, for its size, its energy use was among the highest in the district. Oak Grove Middle School is a 6th to 8th grade school with many before and after school activities. The building has a gym, a pool, and a large auditorium. The building also houses the district offices which operate year-round.

CEE engineers investigated all the heating, cooling, and ventilation systems that provide comfort to the building. These systems were older and near the end of their useful life, but the district wanted to do what it could to improve their operation until full replacements could be budgeted for. Given the volume of the district’s heating and cooling utility bills,these systems were the primary focus of the study. Lighting was not addressed because the district was already in the process of an LED lighting upgrade project.

If implemented, annual savings from the eight recommendations would total $96,623, with a one-time implementation cost of $127,650, amounting to a simple payback within 1.3 years. Additionally, the site is eligible for a $10,000 bonus rebate on relevant implementation, effectively reducing the payback to just 1.2 years.