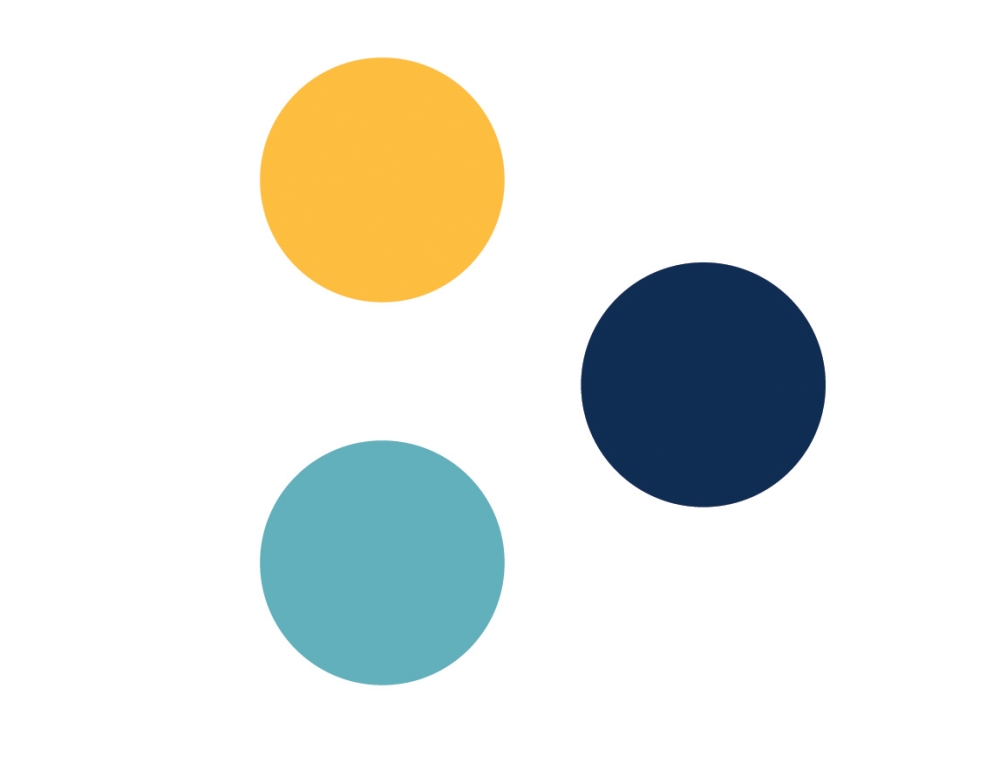 Minnesota leaders representing cities and counties, utilities, trades, and construction and energy organizations hosted a press conference at the State Capitol to share the importance of Minnesota passing a bonding bill and securing federal infrastructure dollars through the bipartisan federal infrastructure act (IIJA). For both to be achieved, state lawmakers must come together in a special session and pass legislation in support of statewide bonding projects and appropriate required IIJA matching funds.

Local governments and state agencies have submitted over $5.4 billion in bonding requests to support local projects and create jobs statewide. Governor Walz proposed a $2.7 billion bonding bill earlier this year and legislative leaders had agreed to a $1.4 billion target, but at the time of legislative adjournment on May 23 there was not a final bill.

IIJA was passed by Congress and signed by President Biden at the end of 2021. Minnesota is set to receive approximately $7.3 billion through this legislation to fund infrastructure projects in the areas of transportation, wastewater and clean water, and energy. About 84% of these funds require Minnesota to put up a state match to unlock. At the time of the legislature’s adjournment, the bills appropriating the matching funds remained unpassed. If lawmakers do not act, Minnesota may miss out on billions of dollars in funding.

For transportation, IIJA is slated to bring about $4.5 billion in total to the state over the next 5 years for road and bridge upgrades and repairs, $236 million for statewide public transit, and $68 million for the National Electric Vehicle Infrastructure (NEVI) Program to support border-to-border deployment of electric vehicle charging stations along highway corridors.

In the energy sector, IIJA investments intended for Minnesota include billions of dollars in funding to modernize and secure energy infrastructure across the state, including protecting against disruptive events such as extreme weather and cyber-attacks, updating transmission lines, and supporting emerging energy technologies. IIJA also includes a total of $80 billion in grants available through the federal Department of Energy to states, local governments, and utilities for additional grid upgrades and cybersecurity. Roughly two-thirds of the Department of Energy funding will become available during 2022 and will require a funding match.

To support clean and safe drinking water across the state, Minnesota is slated to receive $668 million through IIJA for infrastructure related to wastewater and drinking water.

Matching funds requirements for the investments mentioned above vary based on the project. Required matches are a percentage of the federal investment and are not a dollar-for-dollar match.

In addition to the $7.3 billion slated for Minnesota through IIJA, another $200 billion is available in competitive grant opportunities for state and local governments. Failure to provide matching funds for IIJA programs will result in Minnesota not competing as well as other states in competitive grant opportunities. Resources to aid local governments to pursue and secure this funding was also part of the unpassed legislation.

What Minnesota leaders are saying about bonding and IIJA:

“Cities like Austin play an essential role in ensuring Minnesota’s water is clean through our wastewater, stormwater, and drinking water systems. As those systems age and new regulations are added, it becomes very expensive for our cities, which is why we need our legislators to return and pass a bonding bill that includes the matching federal funds and additional money for water projects. More than 200 cities are currently planning for water and wastewater infrastructure projects, and state agencies estimate it will cost $12.3 billion statewide over the next 20 years to keep up with need. At a time of rising inflation, delaying these funds will only cause the costs of vital projects to grow. It is time for the Legislature to get back to work so that our cities can move forward with building and upgrading our water infrastructure.”

“Cities across Minnesota need the legislature to come back to finish the job. There is unprecedented federal funding available for local infrastructure projects, but the state needs to pass matching funds to unlock these critical investments. We also urge the legislature to pass a capital investment package to maximize state and local ability to move forward on shovel-ready projects in communities across the state. Without legislative action, many vital projects will be left unfinished.”

"Passage of the federal Infrastructure Investment and Jobs Act (IIJA) means additional investments in transportation and infrastructure for Minnesota, but legislative action is needed. In order to maximize the available federal funds, we need a stable flow of state matching dollars over the next five years as well as a direct appropriation from the Legislature to access formula fund increases. Counties urge the Legislature to come back and address these items so that the state and locals can spend additional dollars and compete for these discretionary grants. It would be unfortunate to miss this opportunity and have the funding go to other states."

"Without legislative action, Minnesota cannot qualify or compete for time-limited, energy-focused IIJA funds. Securing these funds would save all Minnesotans money, opening doors for statewide investments in infrastructure and energy savings that serve everyone. IIJA funds would make our state's energy system more resilient and our buildings more energy efficient, while stimulating crucial innovations in energy research and development — all driving family-sustaining job opportunities statewide. We ask Minnesota's legislators and the governor to call a special session to ensure we do not miss out on our state's fair share of IIJA energy funds."

“The legislative priorities of Minnesota’s electric cooperatives, including state matching funds for federal infrastructure investments, are in the fully agreed to Omnibus Tax and Commerce, Jobs and Energy bills awaiting final action by the legislature. We know there are bigger issues than ours that must be worked through and hope the Governor and legislative leadership can come to an agreement and finish the work of the 2022 session.”

“Today’s local jobs and projects bill and federal infrastructure matches are our members’ jobs and livelihoods next year and beyond. Construction workers take seriously their responsibility to build and maintain safe infrastructure for all of us, but we cannot do our jobs if lawmakers do not do their job to approve these critical funds in the first place.”

“For ACEC/MN the legislature’s failure to pass the IIJA match is personal. This is not just about infrastructure, it is also about workforce development. Minnesota has a unique opportunity right now to invest a small portion of its $9.25B in surplus dollars into something that all Minnesotans can agree to: bettering our roads, bridges, transit, and wastewater systems. If the legislature does not return for a special session to pass the IIJA match, Minnesota will be an anomaly. We are having a difficult time recruiting and retaining employees in Minnesota. My fear, and the fear of my members, is that if the legislature fails to act we could have serious employee recruitment and retention issues in Minnesota. Young professionals may find Minnesota a less appealing place to work and live because there will be fewer opportunities than in surrounding states that put forward the match.”

Municipal utilities aim to provide service that is reliable, affordable, and sustainable. Matching funds for the federal IIJA dollars would allow smaller utilities to compete for money that would be used to help with resiliency and cybersecurity while keeping local costs down, which in turn saves customers money.

“The Legislature has put much needed infrastructure funding in jeopardy. This lack of action will mean local infrastructure improvements and needed repairs, upgrades and innovations to local streets, and bridges will go undone and our infrastructure will continue to age and become less efficient. Our City and State are more competitive, both nationally and globally, when there is sufficient infrastructure investments. Let’s not leave money on the table and miss out on advancing these major projects . I strongly urge state leaders to find a way to pass a bonding bill and bring Federal funds back to Minnesota.”

As the director of legislative affairs, Jamie works to protect Minnesota’s deep commitment to energy efficiency and also to create and advocate for smart energy policy with Minnesota legislators. Jamie uses her experience in program implementation, energy efficiency, and energy policy to build relationships and promote CEE’s mission and impact. Her outreach includes an ongoing series of legislative informational events about Minnesota's Conservation Improvement Programs (CIP) to highlight the importance of energy efficiency in local economies and as part of the clean energy transition.

Jamie has been with CEE since 2002. A significant portion of her career is in design and implementation of utility energy efficiency programs. She became part of CEE’s policy team after graduating from the Humphrey School of Public Affairs in 2015. Jamie holds a BA in architecture from the University of Minnesota, and a master’s of public policy, specializing in energy policy, from the Humphrey School of Public Affairs. Jamie also is on Midwest Energy Efficiency Alliance board of directors. 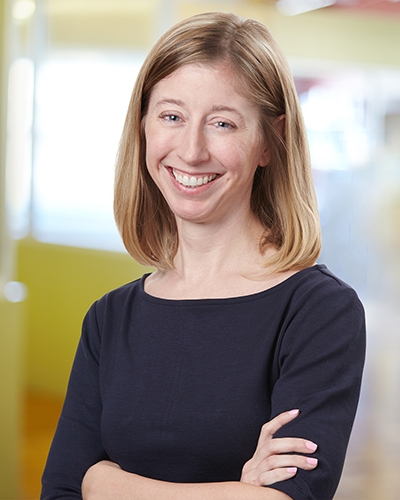 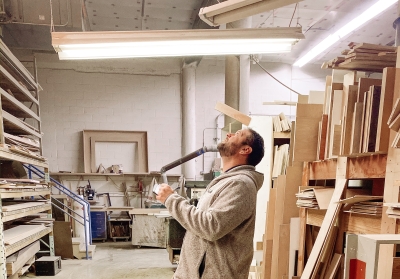 As the director of legislative affairs, Jamie works to protect Minnesota’s deep commitment to energy efficiency and also to create and advocate for smart energy policy with Minnesota legislators. Jamie uses her experience in program implementation, energy efficiency, and energy policy to build relationships and promote CEE’s mission and impact. Her outreach includes an ongoing series of legislative informational events about Minnesota's Conservation Improvement Programs (CIP) to highlight the importance of energy efficiency in local economies and as part of the clean energy transition.

Jamie has been with CEE since 2002. A significant portion of her career is in design and implementation of utility energy efficiency programs. She became part of CEE’s policy team after graduating from the Humphrey School of Public Affairs in 2015. Jamie holds a BA in architecture from the University of Minnesota, and a master’s of public policy, specializing in energy policy, from the Humphrey School of Public Affairs. Jamie also is on Midwest Energy Efficiency Alliance board of directors.